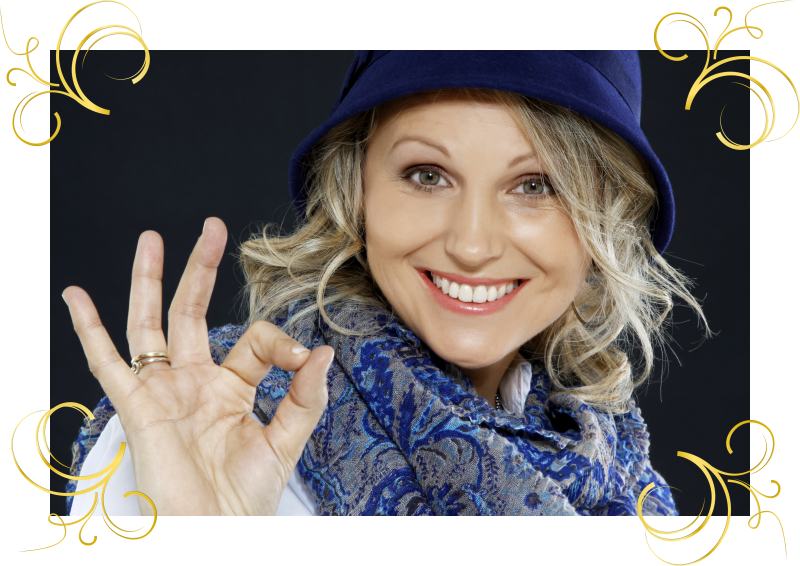 Right between Christmas and New Year, I was born in Homburg/Saar.
The second of four children, I grew up in an evangelical manse, in a very lively atmosphere due to the large amount of work typical for life in a manse and three handicapped foster-children, in addition to us four children.
In the Wagner home, music always played an important role. A television set was replaced by evening activities such as reading or  playing music together. My father regularly picked up his guitar and sang with the family.
At the age of seven I started to take music lessons and later studied classical piano for four years. I enjoyed playing my own interpretation of classical pieces. I preferred to play by ear rather than follow the notes, much to my teacher’s distress!
Quite early on, I began making up rhymes for children’s songs of my own and sang them in all sorts of ways. Piano playing often saved me from having to work in the kitchen, as I always happened to be practising diligently, just when I was expected to do some work there. My mother wanted to support my talent and so allowed me to continue, which made my brothers and sisters angry.
When I was twelve, I accompanied a Christening service at the organ. Although this was one of my saddest experiences, putting it mildly, (it was, in fact, a disaster!) my parents continued to encourage me to play.
Already at this age, I spent hours at the piano, played, practised, improvised and worked on my feelings. At the same time I expressed my love for God, the creator of music.
When I was 13, I taught myself to play the guitar, and at the age of 16, I took saxophone lessons for two years. During this time I also attended a church music seminar, where, in addition to organ lessons, I was trained to lead a choir.
From 14 to 20 years old, I played regularly as an organist in Sunday church services (Pfalz).

My father’s work in the church community made it possible for my brothers, my sisters and me to continue to develop and offer to others our musical talent. Above all I loved to accompany songs and to improvise. So, over and over again I played in various bands and groups, gradually taking over the leading role.

After I married Detlef Czech, in September 1991, who plays the saxophone, we were often asked to perform on different occasions.
When we settled down in South Africa for three years (1995 to 1998), I developed my own style during this time. This was also the place, where I was given my first impulse to produce my own CD.
Back in Germany – we moved to Berlin – I was able to record my first CD in 2002 with simple means, but with devotion and the support of dear friends, fellow musicians and singers. The CD “Steh auf und werde Licht” (Stand up and become light) consisted of self- composed songs. One year later, the second CD “ Komm zur Ruhe” ( Be peaceful) was recorded. This instrumental CD consisted of solo piano music –  just for my friends.
Years later the first CD drew the attention of a trainee sound engineer from Heidelberg: Günter Schübel and his son Arnim  from “Sound and Light Crew” of CVJM Heidelberg
He offered to produce a CD of my music with a more professional touch.
The next step was taken. New contacts were established with guitarist Martin Haensel (acoustic and E-guitar) and Michael Knigge (bass). I flew to Heidelberg and recorded my first CD in the studio. I called this production “Latte Macchiato for the soul”.
I never thought that one day I will be a fulltime musician.